The sea factor in the federal regulation of Russia’s spatial development: post-Soviet experience and current priorities

Current geoeconomic and geopolitical transformations project on Russian society and its spatial organisation, highlighting the problems of spatial socioeconomic development and its governmental regulation. This article examines the theoretical and applied aspects of the incorporation into the national regional policy of the sea factor, understood as a combination of location and resources, which is determined by a country’s jurisdiction over coasts and waters, its maritime activities and coastalisation potential, including the economic, settlement-­related and psychological elements of the latter. The article describes the key influences of the sea factor on the spatial development of post-­Soviet Russia. The steadily growing impact of maritime activities on the spatial-­economic and settlement dynamics has been given a new impetus by the rising geostrategic, resource and transport-­logistic significance of the World Ocean, as well as its water and water-land substructures, amid increasing military-­strategic confrontation and geoeconomic regionalisation. The article presents a retrospective analysis of the role of the sea factor in Russia’s regional policy and identifies its stages. The authors emphasise the need for a synergy between maritime and spatial policies and proposes ways of achieving it.

The article explores the challenges encountered during the formation of the Baltic macro-region comprising Russia and eight EU countries (Germany, Poland, Sweden, Denmark, Finland, Lithuania, Latvia and Estonia) in the context of the ongoing geopolitical and geo-economic changes. The article aims to assess the dynamics, level, structure and pace of economic development of three Russian regions located on the Baltic Sea (St. Petersburg, Leningrad and Kaliningrad regions) and analyse the intensity of their trade relations with countries of the macro-region. Russian Baltic regions have higher development rates compared to the national average. However, they experience difficulties in their economic development resulting from negative external factors. The article describes possible ways of overcoming these difficulties by improving the sectoral structure of the economy and diversifying international ties. In this context, the development of inter-regional cooperation and the formation of a spatially distributed territorial socio-economic system, including the three Russian Baltic regions, will be particularly beneficial. The period covered by the article is 1996—2021, with a special focus on 2014—2021. The study is based on the economic and statistical analysis of official data of Rosstat and the Federal Customs Service on the sectoral structure and dynamics of the gross regional product (GRP), volume and changes in foreign trade, and its commodity and geographical structure.

Small towns of Latvia: disparities in regional and urban development

Internet diffusion and interregional digital divide in Russia: trends, factors, and the influence of the pandemic

The demand for digital technologies has been growing due to a shift in the technological and economic paradigm. The need for online services has increased since the beginning of the COVID pandemic. There are significant disparities between Russian regions in the digital technology accessibility and the development of computer skills. In 2020, the Internet diffused rapidly in most regions, although previously, there had been a slowdown. As markets got saturated with digital services, the digital divide between Russian regions narrowed. Overall, the Internet use patterns are consistent with those of the spatial diffusion of innovations. Amongst the leaders, there are regions home to the largest agglomerations and northern territories of Russia, whereas those having a high proportion of rural population lag behind. Coastal and border regions (St. Petersburg, the Kaliningrad region, Karelia, Primorsky Krai, etc.) have better access to the Internet due to their proximity to the centres of technological innovations as well as the high intensity of external relations. Leading regions have an impact on their neighbours through spatial diffusion. Econometrically, access to the Internet depends on income, the average age and level of education, and its use depends on the business climate and Internet accessibility factors. Regional markets are gradually getting more saturated with digital services and technologies. The difference between regions in terms of access to the Internet is twofold, whereas, in terms of digital technology use, the gap is manifold. In many regions, the share of online commerce, which became the driver of economic development during the lockdown, is minimal. Based on the results of the study, several recommendations have been formulated.

Cross-border tourist mobility as seen by residents of the Karelian borderlands: COVID-19 restrictions

This article offers a new approach to evaluating the significance of cross-border tourism for residents of the border region of Karelia amid COVID-19 restrictions. The work draws on data of a municipal-level survey of the region’s population (575 people), conducted by the author in collaboration with Dr Ekaterina Shlapeko in 2021. Analysis of the survey results has confirmed the customariness of cross-border tourist mobility for the Karelians and the essential role it plays in their lives. These are manifested in regular trips to the neighbouring state, frequent contacts with Finnish travellers, marked preferences and a network of contacts with Finnish residents and organisations. The COVID-19 restrictions affected the routines of the residents of the Karelian borderlands more severely than those of people living in the inner municipalities or the regional capital. The findings of the study provide a comprehensive picture of the significance of cross-border tourist mobility (border tourism) and point to spatial differences in the perception of the study phenomenon by the residents of border, interior and urban municipalities. When applied in practice, the proposed approach gives an opportunity to widen the range of possible administrative decisions and can serve as a tool of regional economic policy on tourism.

Refugees from Syria and Iraq in Sweden: resettlement during the migration crisis

The vast increase in the number of forced migrants during the European migration crisis has compelled the receiving countries to concentrate on the issues of migrant reception and accommodation. This study aims to demonstrate how the patterns of settlement of Syrian and Iraqi migrants changed in 2014—2019. We propose a new methodology, building on the Her­findahl-Hirschman index, an indicator of the level and direction of the spatial concentration—deconcentration of migrants, and the Ryabtsev index, which is used to measure the proximity between the settlement structures of migrants and the Swedes. It is established there was a deconcentration of migrants during the crisis (espe­cially in its ascendant phase), carried out by the Swedish authorities. However a reverse process took place in the descendant phase, as a result of self-arranged migrants’ resettlement. The deconcentration of Iraqis and Syrians led to the convergence between the settlement structure typical of immigrants and the Swedes, whilst concentration resulted in divergence accompanied by the emergence of close-knit immi­grant communities on the outskirts of Sweden’s largest cities. The formation of such communi­ties, seen as vulnerable by the national authorities and marked by a high crime rate, impedes the integration of Syrian and Iraqi immigrants into Swedish society.

Ethnic minority organisations in Russia and Poland: a comparison challenge

This article proposes a framework for classifying ethnic minority organisations based on a broad combination of discursive and non-discursive criteria rooted in their political opportunities profile. One diasporic and one non-diasporic organisation were chosen for Russia and Poland, respectively. Diasporicity is understood according to William Safran’s criteria and Rogers Brubaker’s triadic configuration. The Russian study cases are Komi Voityr and the Russian Polish Congress; the Polish, the Silesian Autonomy Movement and the Belarussian House. The analysis of their status, activities, domestic and external political impact, localisation and role in the ‘triadic configuration’ has shown that the four cases are ethnic minority associations, and their legal status and scope of activities differ significantly. Their domestic political opportunities are rather scarce. Out of the four cases, just one organisation is an active part in Brubaker’s classical triadic configuration; its role is not traditional, ascribed to the respective ‘angle’. Although both Russian associations enjoy an official status, their activities are limited to the cultural, memorial and linguistic domains, primarily at the national level. In Poland, both associations act internationally as advocacy groups, and their activities are not confined to culture and language. Far from being universally applicable, the proposed classification framework can still add to the comparative ethnic politics toolkit.

Preserve vs dismantle: major trends in the Baltics’ politics of memory regarding Soviet monuments at sites of mass violence

Another round of the Soviet ‘monument fall’ in the Baltics, which began in the early 2000s, continued into 2022. This process, however, has not affected Soviet memorials at the sites of mass violence perpetrated during the German occupation of the Baltics. This article aims to investigate major trends in the Baltics’ politics of memory regarding Soviet monuments erected at sites of mass violence. The official policy of the Baltics towards these memorial sites has been largely shaped by the international agenda and the perception of the commemorated events. During the Euroatlantic drift, the concept of the Baltic States’ past incorporated the Holocaust narrative, recoding the symbolic space of Soviet sites remembering Nazi crimes against Jews and integrating them into the national culture of remembrance. Soviet memorials at sites commemorating the tragedy of local peoples were incorporated as is into the national memorial landscape. Yet, Lithuanian authorities viewed these memorials with greater suspicion because of the Soviet countermemory, which the sites preserved. Memorials to Soviet POWs, albeit perceived as ‘alien’, are protected by law in the Baltics. Nevertheless, it did not save the places of remembrance from acts of vandalism. Moreover, there are trends in the Baltics towards a revision of the laws protecting the monuments.

Drawing on a wide range of sources (Polish and Ukrainian legal acts, Russian and international media), this study looks at the ‘monument fall’ in Ukraine and Poland as part of the post-2014 memory wars. The purpose of this article is to identify the main patterns associated with the demolition of Soviet and Russian monuments in the two countries. The ‘decommunisation’ of public space is an element of Ukraine’s and Poland’s politics of memory, enshrined in legal acts. Its driving force is the Institutes of National Remembrance, whose priorities include dismantling Soviet and pre-revolutionary Russian monuments, which came into full swing after the beginning of Russia’s special military operation to denazify and demilitarise Ukraine. The official narratives allot Poland and Ukraine the role of victims of ‘two aggressors’ in World War II, which found themselves under ‘communist occupation’. Therefore, the politics of memory of the two countries seek to get rid of the ‘Soviet legacy’ as the legacy of the ‘occupying country’. Whilst Poland pursues ‘residual decommunisation’ focused on dismantling the remaining memorials to Soviet soldiers-liberators, Ukraine is committed to transforming ‘decommunisation’ into full-scale ‘derussification’. At the same time, the process of ‘re-Sovietisation/Sovietisation’ has been launched in the liberated territories of Ukraine. It consists in restoring previously destroyed monuments or installing new ones.

Inter-regional disparities in agriculture and rural population change in Russia

The article presents data reflecting the territorial peculiarities of rural population dynamics and shows their dependence on external factors (primarily, the development of agriculture). The database includes 14 indicators of the regional spatial differentiation of rural population development in Russia between 2010 —2020. A typology of regions based on eight economic and ecological parameters is provided. The dataset covers the statistical indicators of 85 Russian regions from 2010 to 2020, published by the Federal State Statistics Service and the Unified Interdepartmental Information and Statistics System. The results are presented in seven tables and six maps. The dataset can be used by federal and regional authorities elaborating science-­based rural development programmes and strategies, as well as experts on rural development. 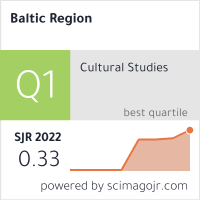